NB: In this article I am Charlie… 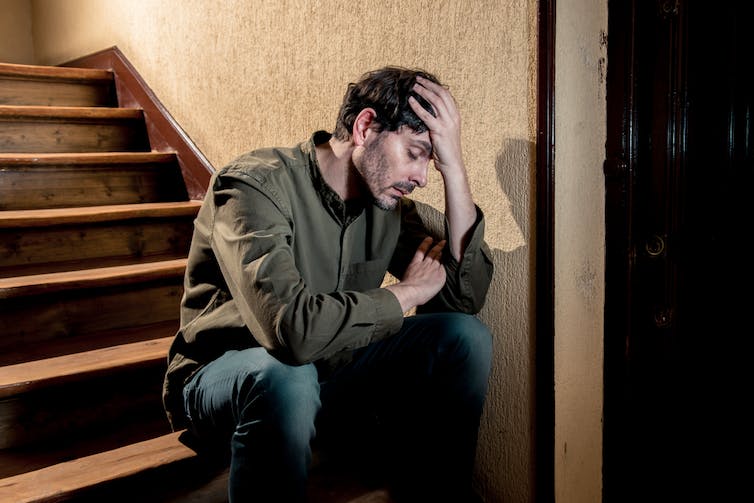 As the UK government continues to roll out its flagship new benefit system, Universal Credit, it has been beset with difficulties and delays. Now, documents leaked to the BBC show that its full rollout is not expected to be complete until 2023. But one of the central elements of the way Universal Credit and its predecessors work – conditionality – has been shown by our new research to have a detrimental effect on the health of recipients, and to even push them further away from work.

Since 2007, Employment Support Allowance (ESA) has replaced a range of benefits for disabled people. Some ESA claimants need to undertake work-related activity each week such as training or job applications, making this a condition of their payment. Failure to do so can result in some or all of a person’s benefit being withdrawn as part of a sanction, which can be up to 100% of their ESA. This conditionality that was built into the system of ESA is now being extended through the implementation of Universal Credit.

Research that we conducted with the disabled people’s organisation Inclusion London and their policy director Ellen Clifford, highlights the very negative impacts that such conditionality and sanctions can have on mental health for disabled people. We found that conditionality and sanctioning had significant detrimental effects on the mental health of the 15 people who participated in our study. They had all been deemed capable of some work, and been put in what’s called the Work-Related Activity Group .

One man, Charlie*, who participated in our study, described how a sanction left him with no food or electricity on Christmas day, leading to a suicide attempt and mental breakdown:

And there was this image which will probably stay with me for the rest of my life. On Christmas day I was sat alone, at home just waiting for darkness to come so I could go to sleep and I was watching through my window all the happy families enjoying Christmas and that just blew me away. And I think I had a breakdown on that day and it was really hard to recover from and I’m still struggling with it.

The sanction actually pushed him further away from work. He said that he now has a problem going into the Job Centre: “Because of the damage that the benefit sanction did to me.”

On this evidence it seems that rather than getting people back to work, sanctions and conditionality are actively contributing to people being unable to work. Given this harm to people’s health, why are these policies being used?

Part of the rationale is based on a psychological theory known as behavioural economics, which uses a range of nudges to encourage people to make more rational choices. So-called “nudge theory” has been used to encourage behaviour change in areas such as paying tax on time and organ donation.

But in the context of welfare support, the use of incentives take the form of perverse and punitive incentives. Perverse, because they can require disabled people to understate their qualifications to obtain any form of employment. The same man told us the Job Centre staff told him to remove his degree from his CV so that he wouldn’t appear overqualified for the jobs they told him to apply for. He said it had a real impact on his feeling of self-worth.

They told me to remove it and if I didn’t I would be punished and would be sanctioned … This is the way that the Job Centre chip away at your confidence.

The incentives are punitive because they leave disabled people in a state of constant dread, feeling worried all of the time, whether they are sanctioned or not. Another person in our study, Hannah told us:

But just the thought of being sanctioned is a worry in itself … How am I going to pay for this and that.

This state of constant anxiety is psychologically toxic and renders people less able to find employment.

Our research found that conditionality and sanctioning leaves disabled people, including those with pre-existing mental health problems, in a state of constant anxiety. This is psychologically toxic and renders many mentally well and less able to find employment. This adds to other research which also questions the effectiveness of these perverse and punitive incentives.

There is also no coherent psychological theory of behaviour change employed in the application of conditionality and no evidence to support it. The government’s stated aim is to get one million more disabled people into work over the coming decade – but we believe a different model is required if it wants to achieve this. We recommend partnerships between disabled people’s organisations and researchers which actively involve disabled people in an effort to find ways to help disabled people into employment.

As the roll out of Universal Credit continues, we think the government should rethink conditionality entirely. Its negative impact on participants’ mental health in our study risks being repeated as it is rolled out nationally. If rolled out to other groups through Universal Credit, conditionality could cause a very real public mental health crisis.

* Names have been changed to protect the anonymity of the study participants.

This entry was posted on October 22, 2018 by imajsaclaimant in Uncategorized.

"Alone we whisper; together we shout."

UNITE SOMERSET COUNTY COUNCIL
nickplus007.wordpress.com/
The poor side of life

Exposing the unfair treatment of jobseekers, the horrors of Universal Credit, unfair sanctions and heinous treatment of claimants at Ashton under Lyne Jobcentre.

Telling it as it is

A blog about housing, home, and the hearth.

stories from the frontline of benefit changes in the UK.

Diary of an SAH Stroke Survivor

This WordPress.com site is the bee's knees

A place for my thoughts